Named after his late, beloved father, Norman, CEO Nathan Hanks began NORMco Energy Products, LLC in 2013. Ever since we have been a family-owned & operated business specializing in providing our customers with the highest personal service with superior fluid transfer equipment and accessories. NORMco began as a two-person company, solely focusing on the introduction of layflat hose and accessories to the water transfer industry. Starting with only a truck, a trailer, and a newly invented hose deployment & retrieval system, Mr. Hanks and his wife, Vera, had early success by bootstrapping their first 10-mile deal with a Texas-based company. Soon after, Nathan’s sister, Heather, and brother-in-law, Brett, became part of the team. Nathan also brought on Justin Coley, his lifelong friend, to join the NORMco family. 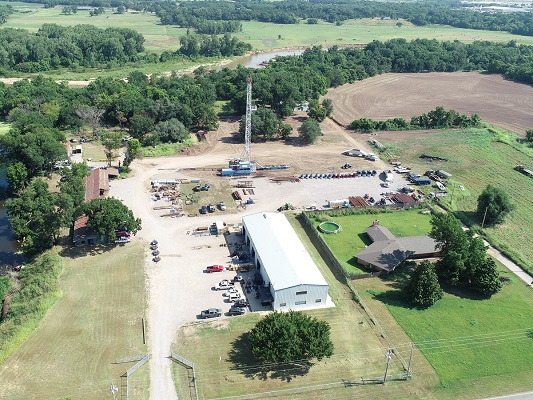 Demand for the products steadily increased, and dreams were turned into a reality. As NORMco endured the 2015 oil bust, Mr. Hanks decided to follow his roots, heading more into equipment rentals that would be a natural extension to the existing product line. In September 2017, Mr. Hanks incorporated Iron Born Manufacturing as the engineering and manufacturing entity for NORMco. The alignment of the two companies allowed for the creation of customized equipment to better meet our clients’ urgent needs. In 2020, NORMco Energy Products was renamed to NORMco Pump and Power to reflect the diversity of our customer portfolio.